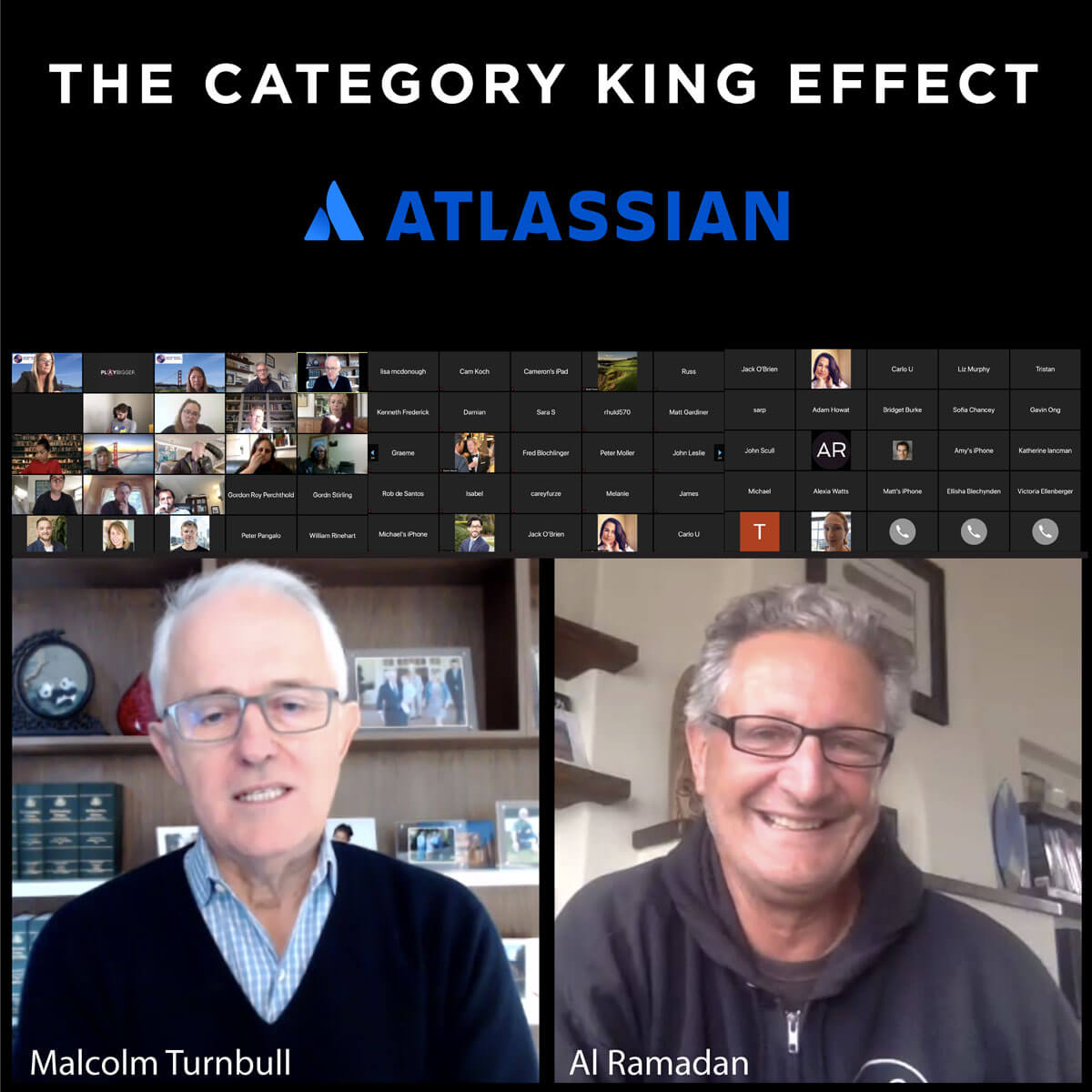 Much like Fairchild Semiconductors and Hewlett Packard became the center of growth for the emerging technology industry in Silicon Valley, the success of Atlassian (founded by Scott Farquar and Mike Cannon-Brookes, NASDAQ: TEAM) has done the same thing in Australia. It has given legitimacy and belief to native tech industry and it has enabled people to learn what it takes to create a category king, not to mention attracting business capital and educational institutions.

In our recent webinar chat, Malcolm discussed the broad impact that Atlassian has had on the tech sector and mentioned that it was somehow fitting that the founders purchased the two most expensive properties in Australia from the Fairfax family (who owned the once massive media conglomerate). In its own way, this was the passing of the torch from the legacy Media dynasty to the new age Technology dynasty after nearly 100 years.

So, what was Malcolm’s advice to entrepreneurs looking to make their mark in a topsy-turvy world and become the next Atlassian?  His main theme was simply this: With change there is always opportunity. Seize on the impacts of COVID and find ways to solve real world problems through technology. Figure out what you are passionate about and pursue it as hard as you can. Have confidence that you are equal on the world stage and use Zoom and similar technology to capitalize on the “death of distance.” And he implored young startups to "Be imaginable."

Interestingly, he said he thinks there is an abundance of technology out there today, but there is “a shortage of technological imagination.” Adding, “So many businesses fail because they won’t cannibalize their legacy business." Food for thought, no doubt.

You can read more from Malcolm Turnbull in his new book, “A Bigger Picture.”

Up Next: Sage Advice